New build, modern homes are great but there are three distinctive styles of classical architecture here in the UK that epitomise grand periods of history, conjuring up images of time gone by. So, if you’re a fan of older properties, what’s your favourite classical home style – is it Edwardian, Georgian or Victorian?

Each of the three periods has its own distinctive, yet subtle, characteristics and homes pertaining to each style can be found in many of our big cities and towns with some displaying some prime examples. Let’s look at some of the key features of each and share some our own favourite door designs that are available from Secure House and reflect all the iconic designs for each era.

“And the law of England has so particular and tender a regard to the immunity of a man’s house, that it stiles it his castle, and will never suffer it to be violated with immunity.”*

The Georgian period occurred from around 1710 to 1830. It gets its name from the fact that no less than four British kings named George reigned during this time. London and the Cotswolds both have a wide variety of beautiful examples of Georgian homes. Walk around Regent’s Park in the capital and visit Lansdown Crescent in Bath and take a step back in time to imagine what life was like in these luxurious homes.

Everything about Georgian houses is big and generous. Huge floor to ceiling, symmetrical windows and a fan window over the door will give this style away. Think grand, think scale, think spacious, think light & airy, these homes are some of the most popular amongst buyers according to estate agents, us Brits love their grandeur, columns and clean lines.

Here are some examples of some Georgian-style doors:

Dating from 1830 to 1900 in line with the time Queen Victoria was on the throne, Victorian style encompasses several of the features associated with Georgian style, namely large columns and symmetry. It is, however, the addition of renaissance and Gothic touches that underline Victorian architecture.

From pointed or arched windows, porches and doors with wooden trim on roof edges, to the use of iron and glass and intricate interior design and decoration, the Victorian style is a little more complex and detailed than its Georgian predecessor.

Here are some examples of some Victorian-style doors: 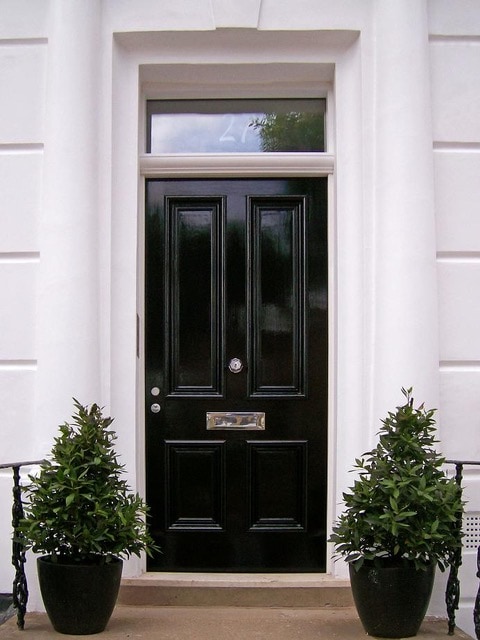 Edwardian style
Influenced by the Arts & Crafts movement of the 1900s, Edwardian architecture was at its height from 1901 to 1918 during the reign of King Edward VII.

During the early 1900s, Britain began to experience further industrialisation and the general population began to increase which demanded a new housing stock extending out of the towns and cities. Thus, the Edwardian style house was born and heralded a new era which was greener than ever before.

Perhaps one of the easiest ways to spot an Edwardian house is from its beautiful bay and sash windows, a look that is desired and recreated by many homeowners today. Smaller than Georgian and Victorian homes, columns continue to be a specific feature, but timber-cladding is part of the style now rather than full brick and doors and windows often also include smaller panes of glass for the first time.

Here are some examples of some Edwardian-style doors: 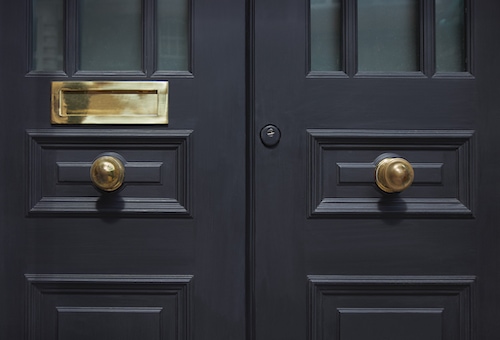 Back in 1910 when Edwardian style was at its height, the Art Deco period began. Bold, straight lines, symmetrical boxes, mirrors and striking design touches such as arched glazed panels with stained glass inlets, Art Deco was and still an extremely popular interior and exterior home decorating choice.

Art Deco front doors are timeless classics and are often selected for homes in conservation areas as well as more modern properties, they are hugely versatile and will complement any property. 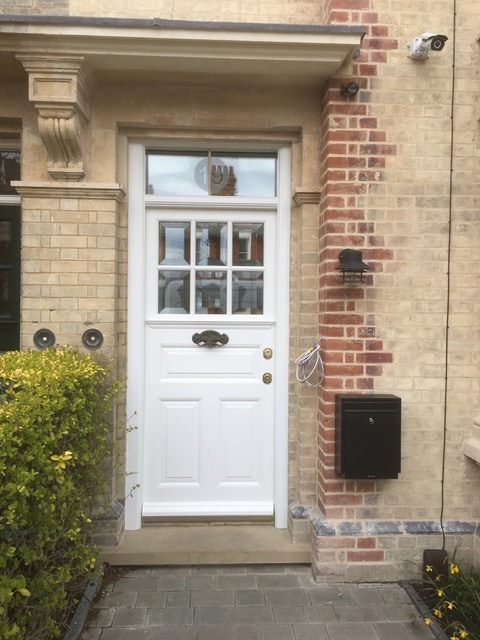 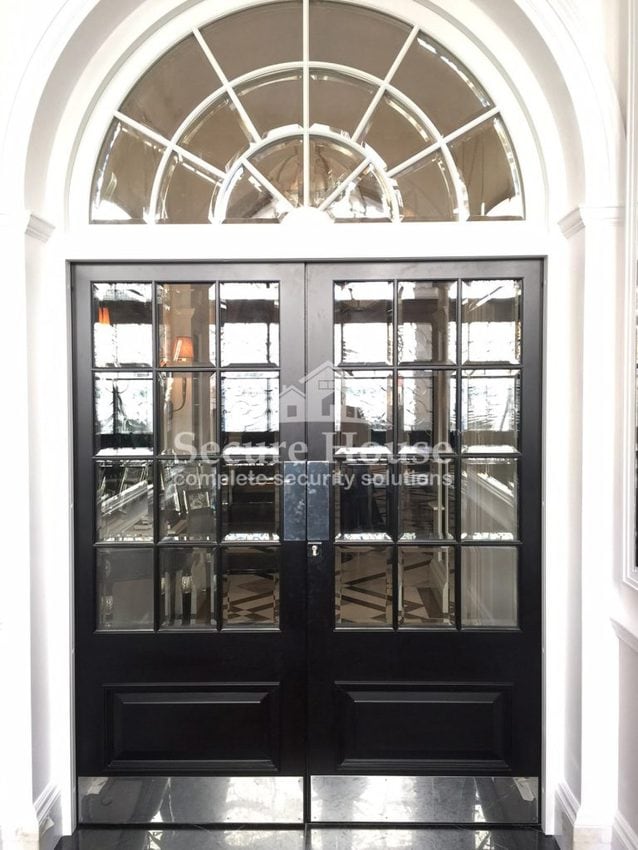